Once in a while we had to welcome some unknown guests from our past who may be a distant cousin or a long lost friend. Such meetings  generally end up as an unscripted drama wherein you tumble over the words as in most cases eventuality turned out be melodramatic in nature. You may be placed in an awkward situation that actually juxtaposes your likes and interests and often compels one to have disheartened chitchats. In such cases you may often started thinking about your lack of ability to deal with people. But it is not so.

Human beings are thus bound to cross boundaries in certain uncanny occasion that brings us into the boundaries of our life. Here the boundaries are not of the physical nature but are of the ones that are being nurtured out of education, society, social situations, interests, profession and so on. For example if you are a hardcore fan of football and in an instance when you are placed opposite to somebody who generally dislikes such sports it is quite common for you to not accept the actualities he/she lays in front of you and often silence prevails such talks. Here your beliefs are questioned which  is the most basic aspect of human consciousness and any form of contradictory beliefs always creates strife’s whatsoever.

It is actually quite confusing and questionable in a way on how we drew boundaries in our life. It is not something that personally we writes,dictates and recites. When you consider oneself then your opinions and beliefs are shaped out of your interactions with the society you am dealing with. It will be different to somebody else and thereby the off springs of these actualities can be denoted as the basic identity that defines our life. For example if you are born post second world war then you may have a different opinion about the war. But to the ones who had experienced the brutalities and bloodshed war offers the opinions would be different. Thus you create a world consciously in and around you thereby filtering all those ideas, ideals,thoughts, people and so on. In such a case you have a predetermined stand on most of the issues and thereupon you just hate all ideas that alter those beliefs. This is where the difficulty to adapt to a new system arises.

A system is a mixture of multiple realities that coincide at certain situations like one of the basic human emotions, fear. The fear that emanate from various occurrences in life happen to create similarities among us.People with fear of heights, fear of insects ,fear of darkness are bound to hold these similarities. So sometimes boundaries do coincide in certain aspects of life in everybody’s life. So don’t worry about the next time that you may feel you are out of the bounds. 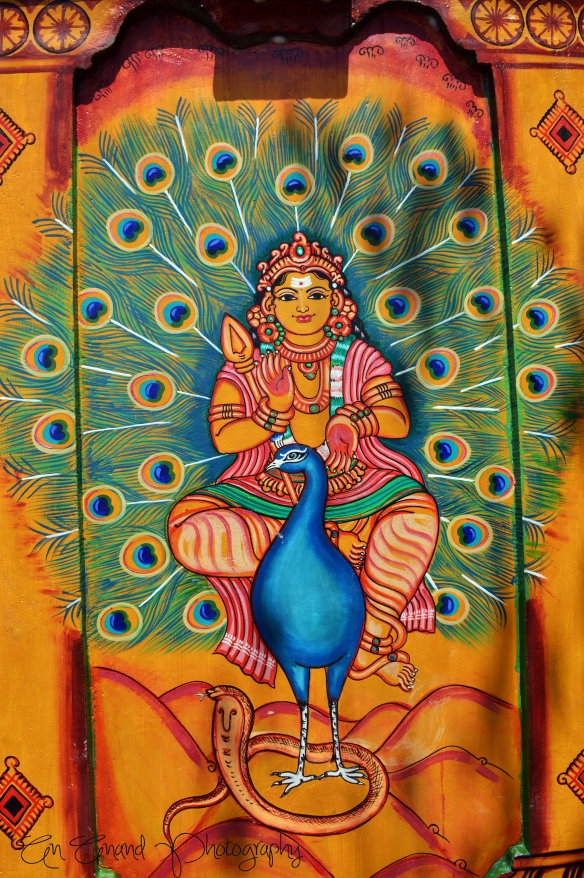 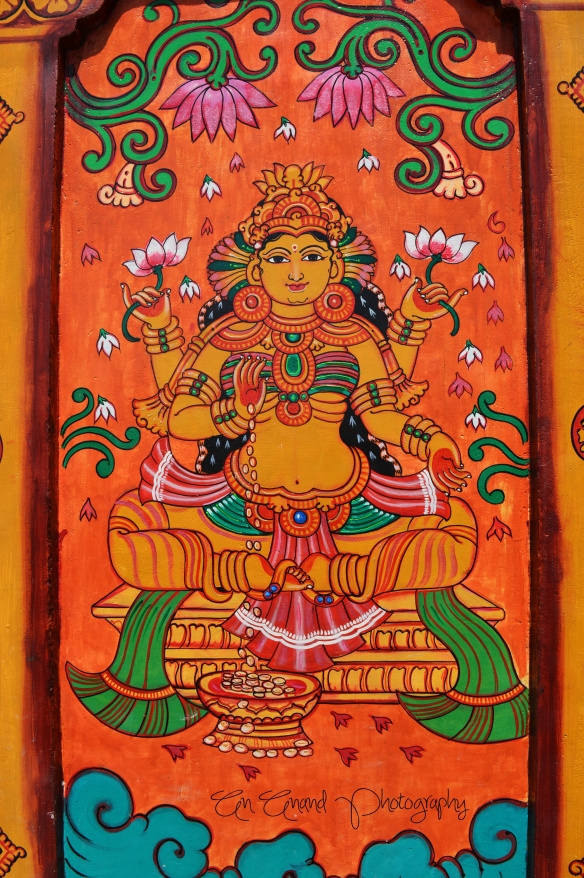 Mural Painting are quite traditional in its depiction of culture and customs of  a culture it signifies .Here are some of my photographs of mural paintings of the some gods of Hindu  religion .Since it is just the two out of many such painting that can be viewed in many parts of the country in different forms. The most interesting part is that it some of  them dates back to BC …era